JEWELLERY FOR THE HARRY POTTER FILMS

I’ve been fortunate to be the jewellery designer for the blockbuster Harry Potter films of J. K. Rowling’s phenomenal series of books. Jewellery from my collection has been worn in the Harry Potter films and I’ve also been commissioned to make a number of pieces. 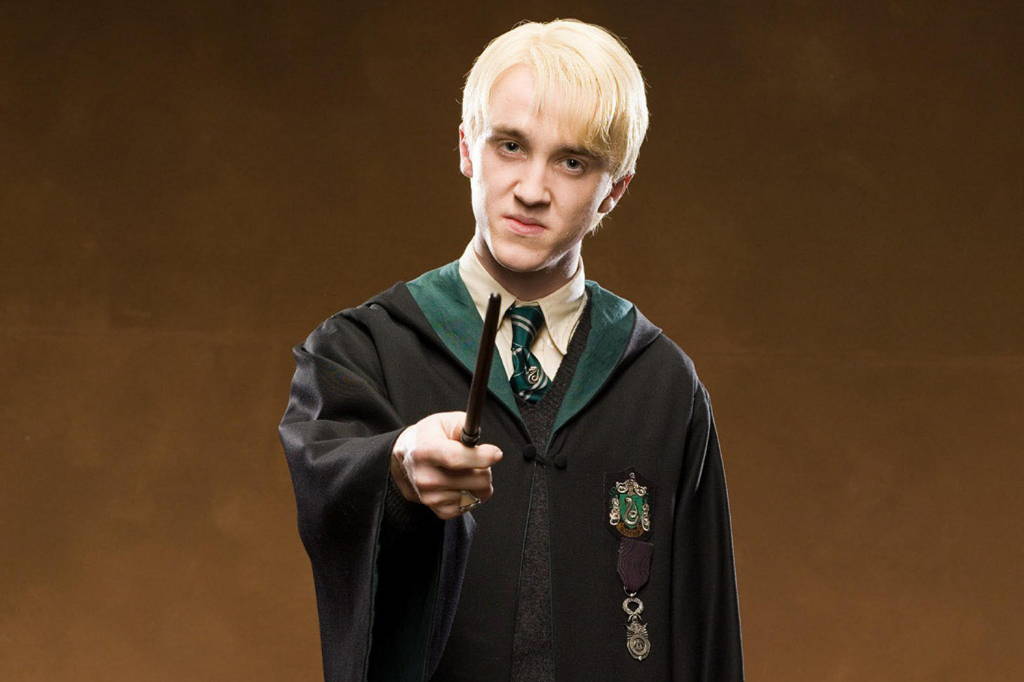 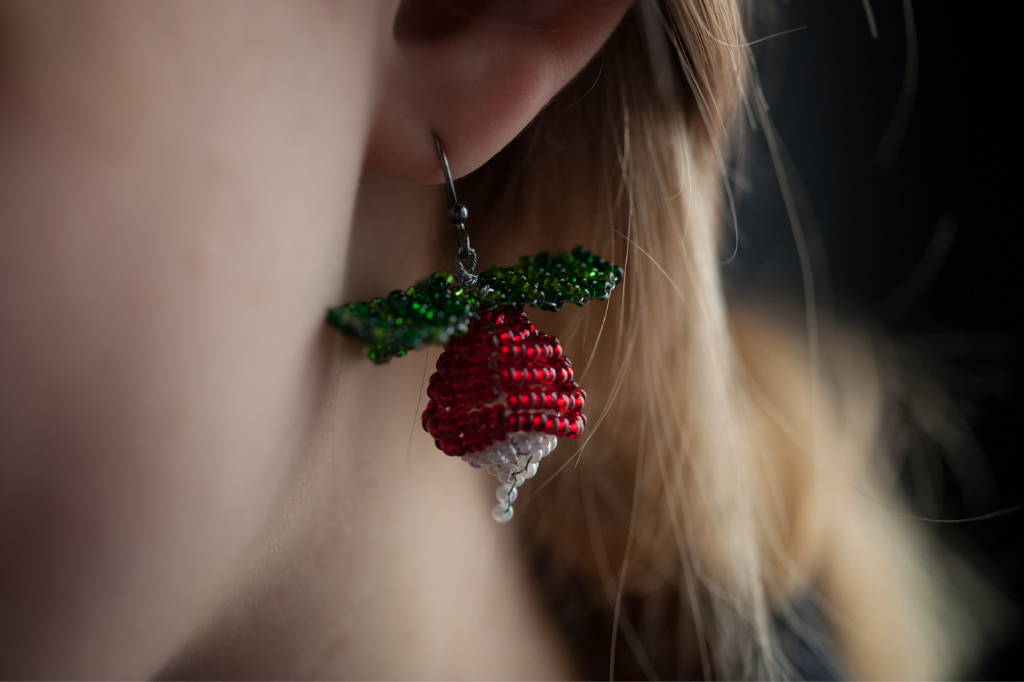 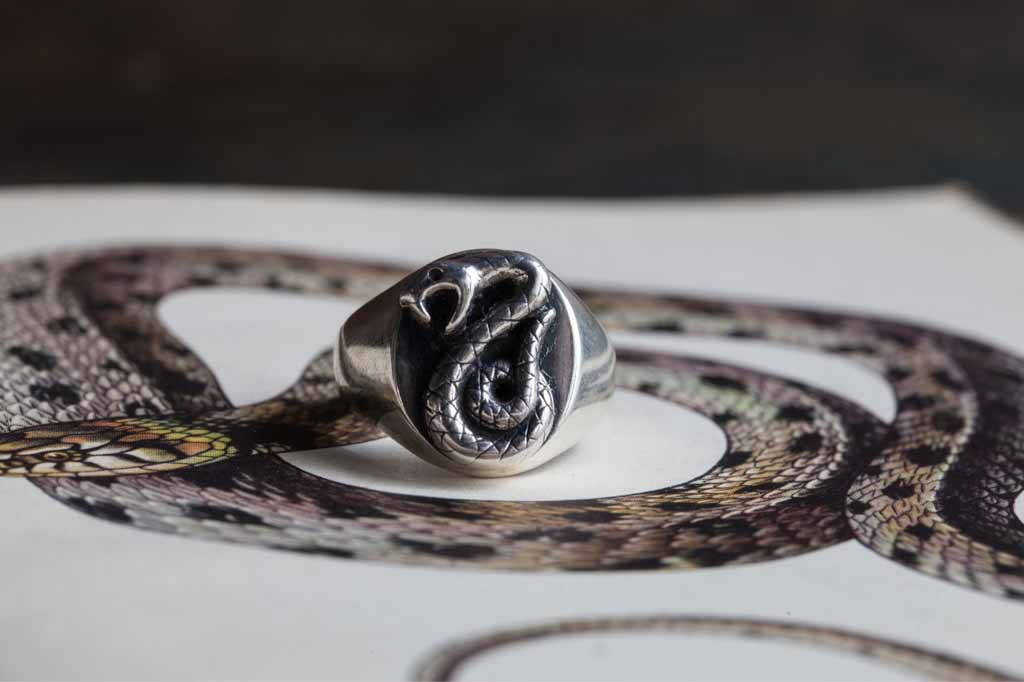 Creating the jewellery for the Harry Potter films will forever be a career highlight. I still get butterflies in my stomach when I think about the first time I was approached and then seeing the pieces I’d crafted in my Tunbridge Wells jewellery shop on the big screen.

Most of the jewellery I made for the Harry Potter films was bespoke, but while I was making pieces for Harry Potter and the Deathly Hallows – Part 1, the costume designer popped in to visit me and chose my textured pod drop earrings to be worn by Mafalda Hopkirk (played by Sophie Thompson) and by Hermione Granger (played by Emma Watson) when she ambushed Mafalda in the Ministry of Magic. 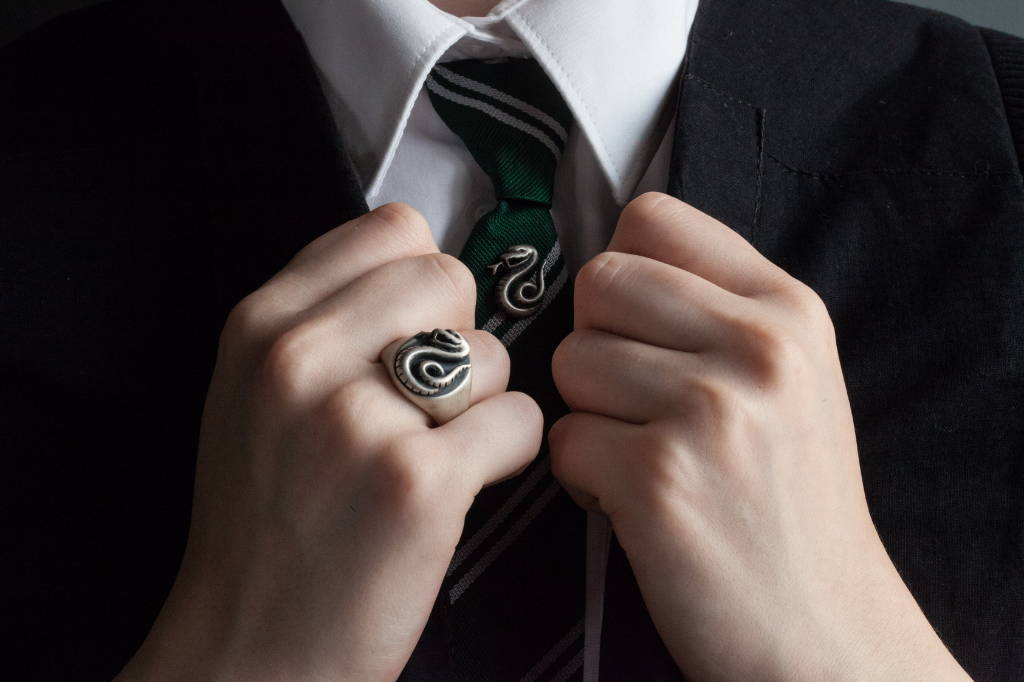 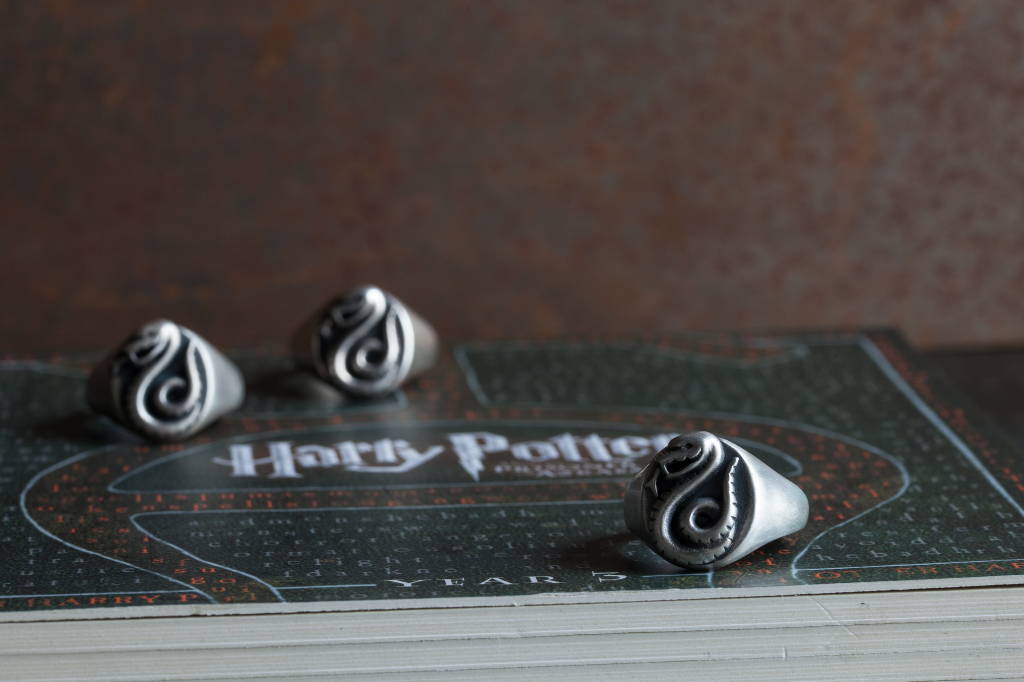 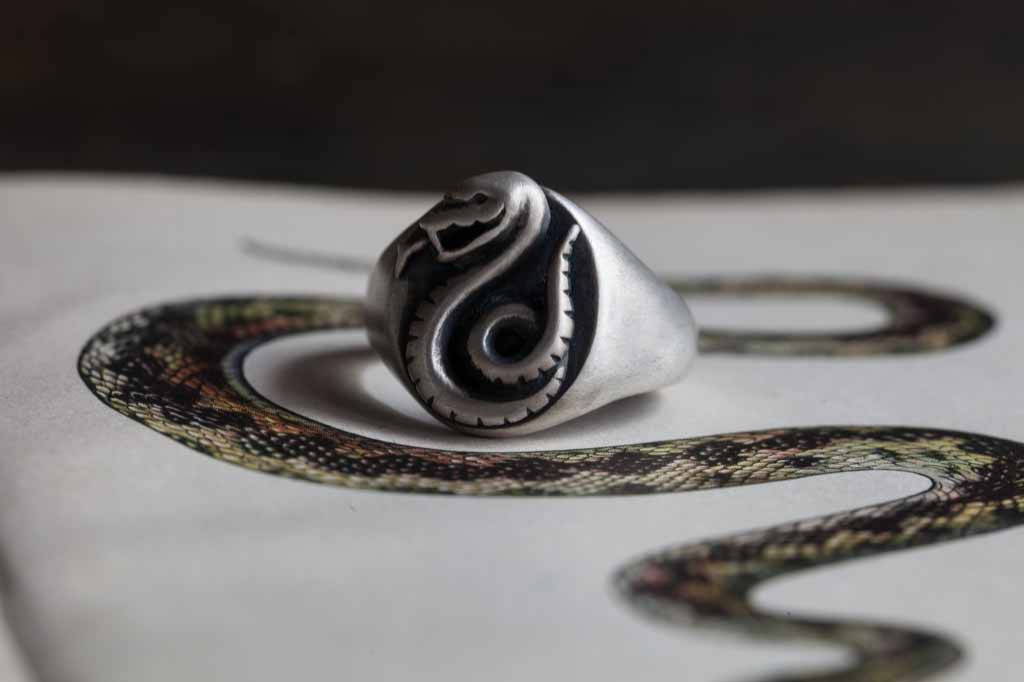 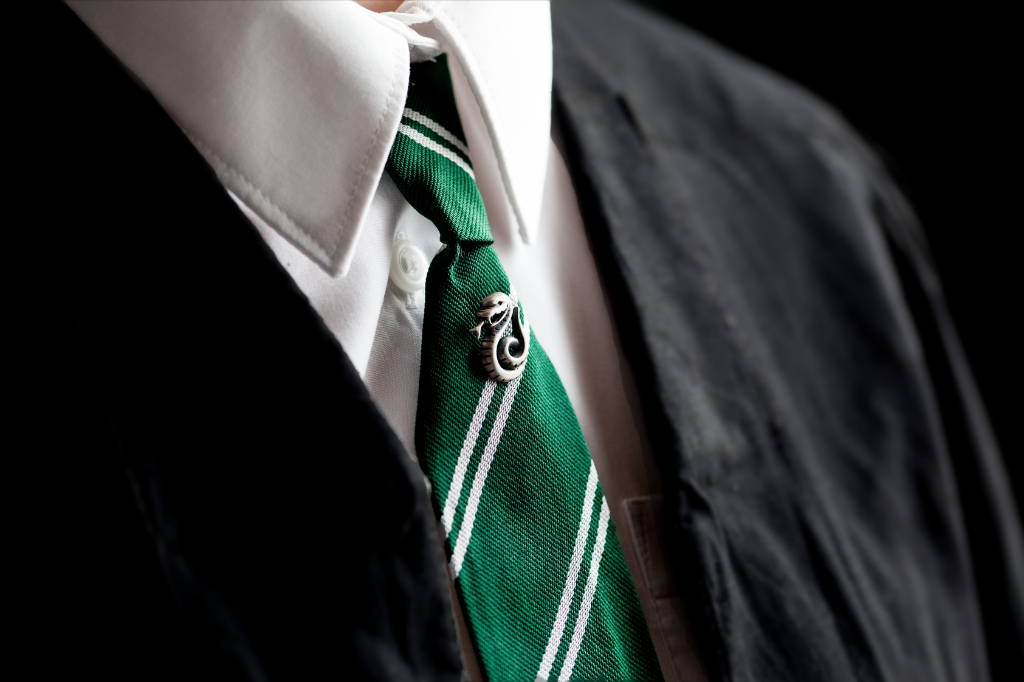 I wanted to photograph my Harry Potter Slytherin ring 2 in a way that felt fitting for the story but also expressed my personal style. I get an uneasy feeling looking at the pointing finger, which felt right for Slytherin.

Discover more about the story behind the Slytherin jewellery here

Get the look with my Serpent Signet Ring, which was inspired by the Harry Potter Slytherin rings, tie-pins and buttons. 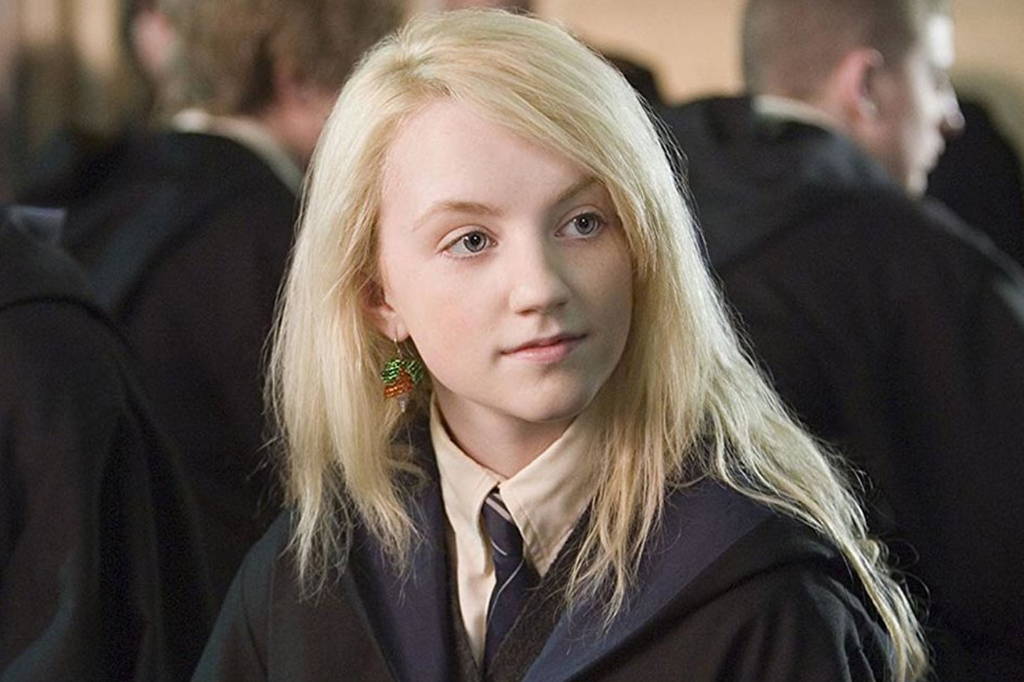 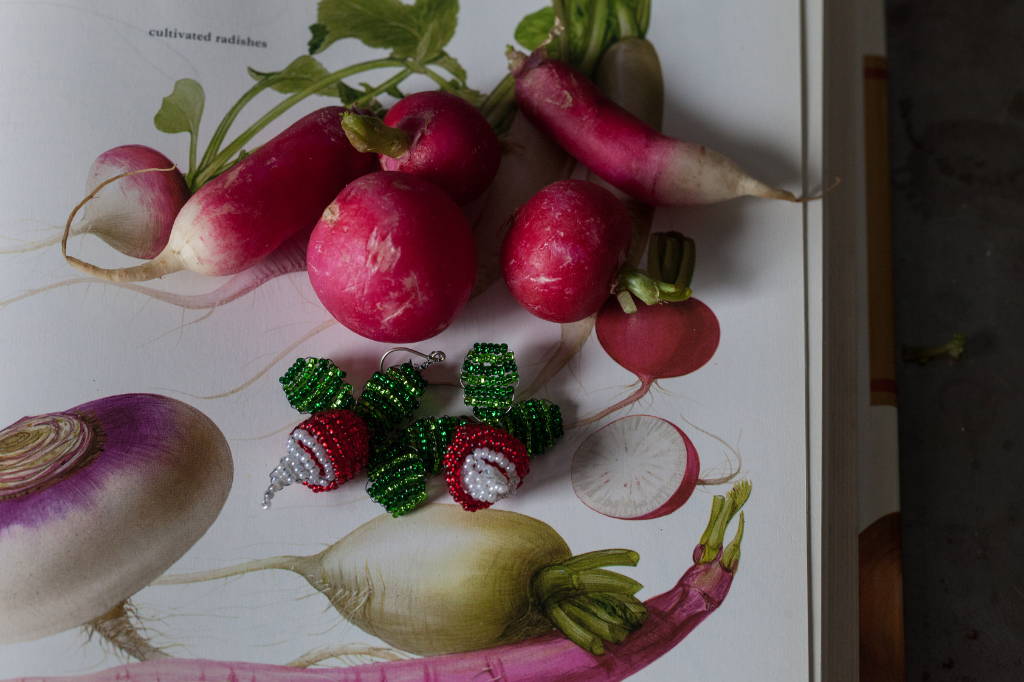 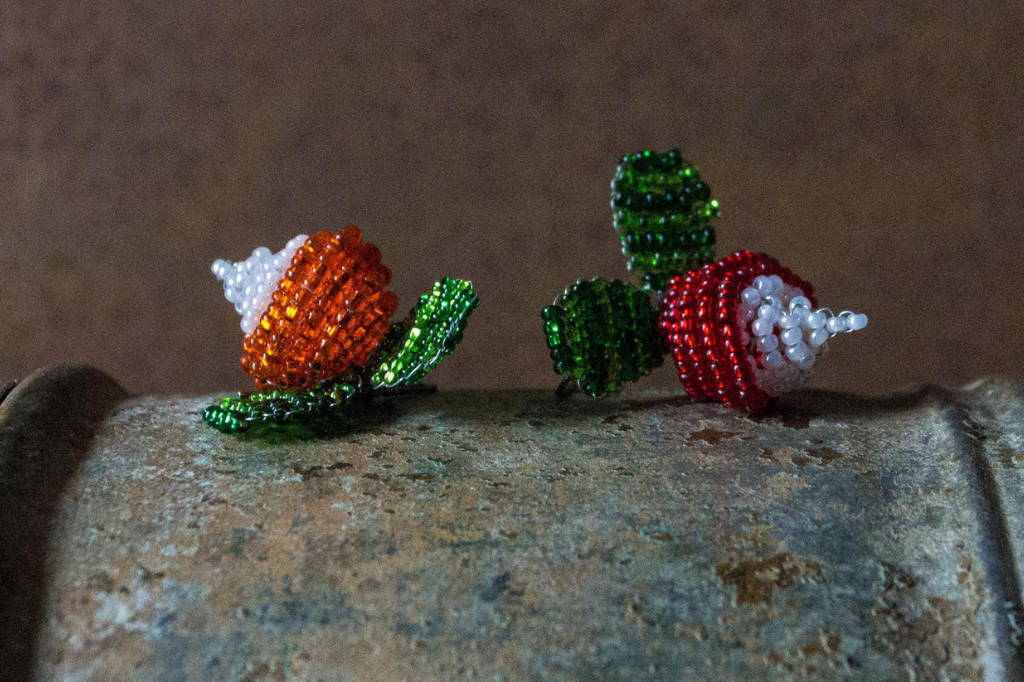 In 2006 I taught myself French beading when I was asked by Warner Brothers to make French-beaded ‘Radish Earrings’ for Luna Lovegood, played by Evanna Lynch. They were worn by Luna Lovegood in Harry Potter and the Order of the Phoenix and subsequent films.

The sterling silver and coloured glass bead earrings worn by Luna Lovegood can be seen on display at ‘The Making of Harry Potter’ at the Warner Brothers Studio Tour in Watford.

Discover more of the story behind Luna Lovegood’s earrings here. 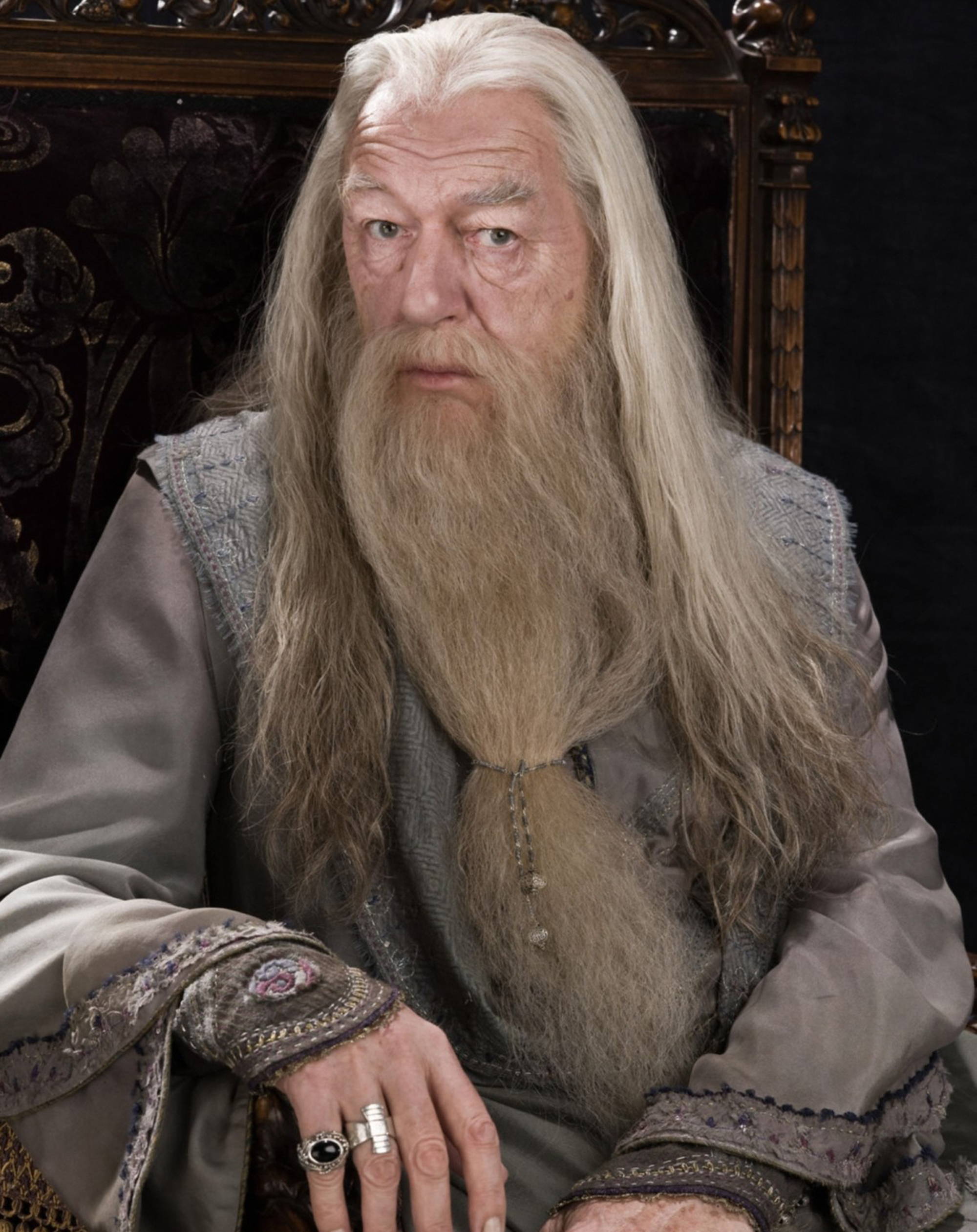 In 2003 I was also commissioned to make the ‘Cross Ring’ worn by Albus Dumbledore. Dumbledore, the headmaster of Hogwarts, was played first by Richard Harris and

then by Michael Gambon. 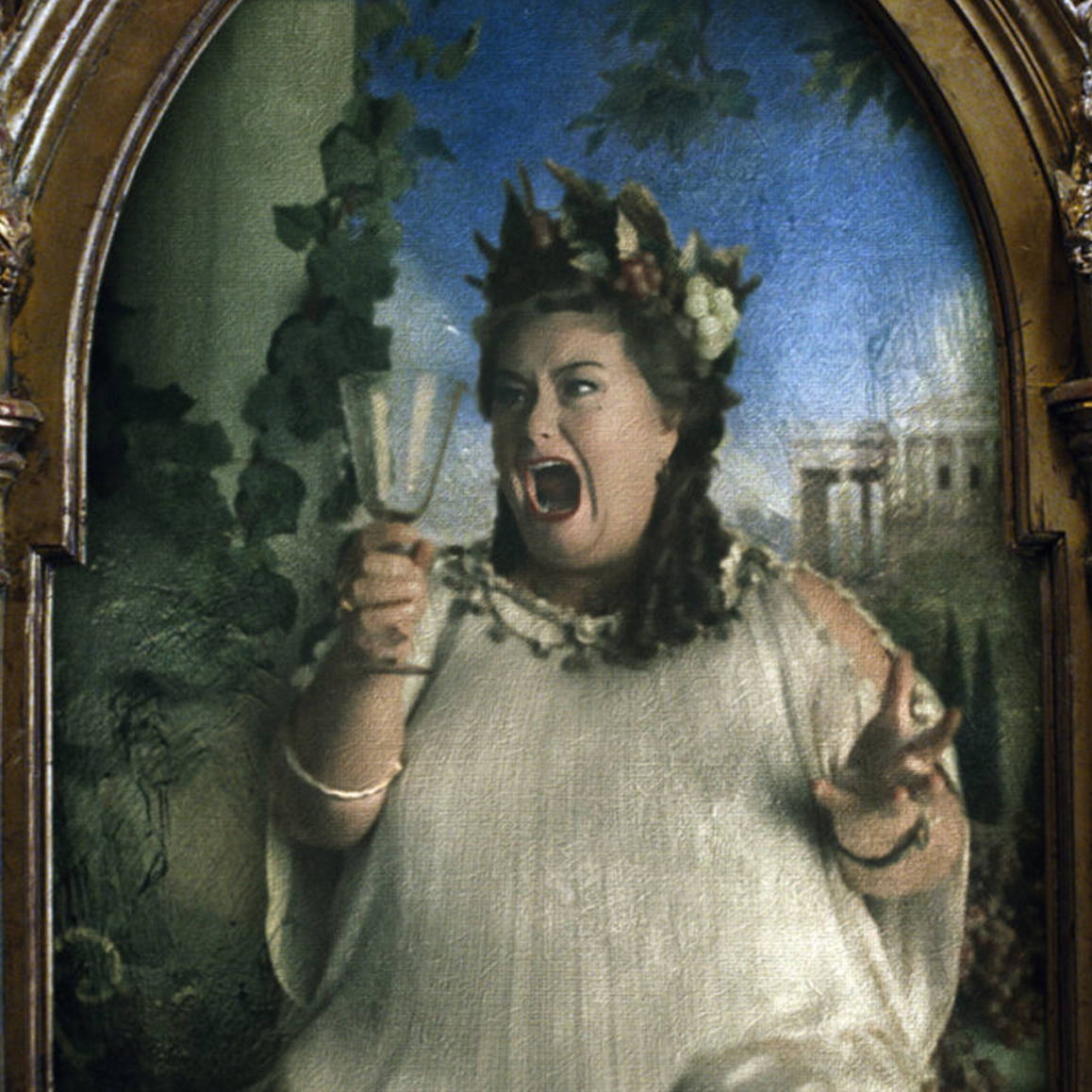 One of my highlights was seeing the marvelous Dawn French wearing the ‘Greek Leak Necklace’ I was commissioned to make in 2003 from gold-plated silver for her character The Fat Lady in Harry Potter and the Order of the Phoenix.